Posted at 13:09h in News by Regis College

The Governing Council of Regis College is pleased to announce the promotion of Dr. John Dadosky to full professorship.

John Dadosky came to Regis College to pursue doctoral studies in 1996, specifically to study the thought of Bernard Lonergan.  He worked in Lonergan’s personal archives as a graduate student.  He joined the faculty in July 2001 as professor of Systematic Theology, a discipline which aims to explore the doctrines of a particular religion with the view of relating these traditions to the present-day context. His intellectual interests have included: arguing for a post-Vatican II theology of the Church as Friend, one which is Ignatian in spirit; developing a philosophy of beauty based on Bernard Lonergan’s thought; and interfaith dialogue, particularly with Buddhism.

He obtained his PhD from the University of St. Michael’s College (2001) and his Doctor of Sacred Theology (S.T.D.) from Regis College (2004).  “I am grateful to the Jesuits, to the Regis College Community, my colleagues and to the students, for supporting, encouraging and making this achievement possible.  I am especially grateful to Bernard Lonergan (1904-1984) for inspiring my academic vocation,” says Professor Dadosky of his promotion. 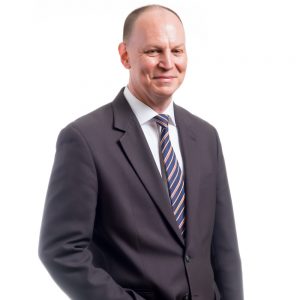 Dr. Dadosky is author of The Structure of Religious Knowing (SUNY Press, 2004) and The Eclipse and Recovery of Beauty (University of Toronto Press, 2014), and the forthcoming book on contemporary religious iconography, Image to Insight (University of New Mexico Press, 2018).  He has authored numerous articles in the areas of systematic theology, philosophy and religious studies.  Recently he co-edited three volumes of Bernard Lonergan’s Collected Works (University of Toronto Press), A Second Collection (2016), A Third Collection (Spring, 2017) and Method in Theology (Fall, 2017).

Among other honours, he was visiting professor of Catholic Studies at the University of New Mexico (2010-11). Last year, he was inducted into the prestigious American Theological Society (2016), which meets annually at Princeton.  Dr. Dadosky currently serves as Treasurer on the Board of the Catholic Theological Society of America, the largest theological society of its kind with nearly 1800 members worldwide.

Michael Stoeber, Professor of Spirituality and Philosophy of Religion and Director of Advanced Degree Programs at Regis, was on the committee that put forward Dr. Dadosky’s promotion, “John really sees his professional work as a life-vocation, so he is very committed to students and to the theology, philosophy, and spirituality that he studies.  He cares deeply about the College and its mission.  Plus, he is a great colleague–he is very supportive of my work in various kinds of ways.   So I am very pleased with his promotion–it is well deserved.”