In the year 2020, Regis celebrated a 90 year-history preparing future leaders for ministry in the Church. Regis College is the Jesuit Faculty of Theology at the University of Toronto (UofT) and is also one of seven founding members of the Toronto School of Theology (TST) and the Toronto Section of the Ecclesiastical Faculties of the Society of Jesus in Canada.

ounded in 1930 in downtown Toronto as the Jesuit Seminary / Collegium Christi Regis, the college offered a program of undergraduate studies in philosophy and arts and sciences for anglophone Canadian Jesuits. Regis expanded its course of studies in 1943 to include theological preparation for priestly ordination. Regis was designated in 1956 as the Toronto section of the Faculté de la Compagnie de Jésus au Canada and enabled to offer ecclesiastical degrees in theology—a privilege reaffirmed regularly by the Sacred Congregation for Education. In the following year, Regis made an arrangement to grant civil degrees recognized in North America; Regis College was constituted as the School of Sacred Theology of Saint Mary’s University in Halifax, Nova Scotia, which was then sponsored by the Upper Canada Province of the Society of Jesus. In 1961, the College moved to North York, Ontario, where it was exclusively a theology faculty.

In 1969, embracing the ecumenical vision of the Second Vatican Council, Regis became a founding member of the Toronto School of Theology (TST), an ecumenical federation of seven theological faculties and colleges located on the downtown campus of the University of Toronto (U of T). Member colleges pool courses, share a unified course calendar and class schedule, operate under commonly accepted standards, and support a central co-ordinating office. Since Jesuit students faced a long commute from suburban North York to attend classes with students from other colleges, in 1976 Regis moved its facility to a location adjacent to the U of T campus. The same year saw the Regis admit its first lay students, an evolution of the student body which has continued and grown into a full partnership in the realization of the College’s mission.

In 1979, Regis, together with the other TST colleges, entered into an agreement with U of T to grant conjoint degrees in theology. Regis became a federated college of U of T, a relationship, enshrined in a Memorandum of Agreement, which is renewed periodically, most recently in 2004 (for a ten year period). Regis takes part in the academic life of one of the leading research universities in the world, a university with 20 faculties, 84 departments, 67 specialized centers of research and teaching, and over 70,000 students.

With the generous assistance of the Sisters of St. Joseph (Toronto), Regis took advantage of an opportunity to relocate its facility to a former residence operated by the sisters at the heart of the U of T campus. After four years of planning and preparation, this move was completed in the fall of 2009. In addition to continuing to realize all the advantages that proximity to the U of T affords Regis students, the college is now able to bring a constructive, credible, visible faith witness to the university campus.

Its relationship with the Toronto School of Theology led Regis to seek membership in the Association of Theological Schools of the United States and Canada (ATS), which was granted in 1980 and renewed in 2001, 2011, and 2021. As a result of its status as a fully accredited member of the ATS, the academic standing of Regis graduates is recognized throughout North America. 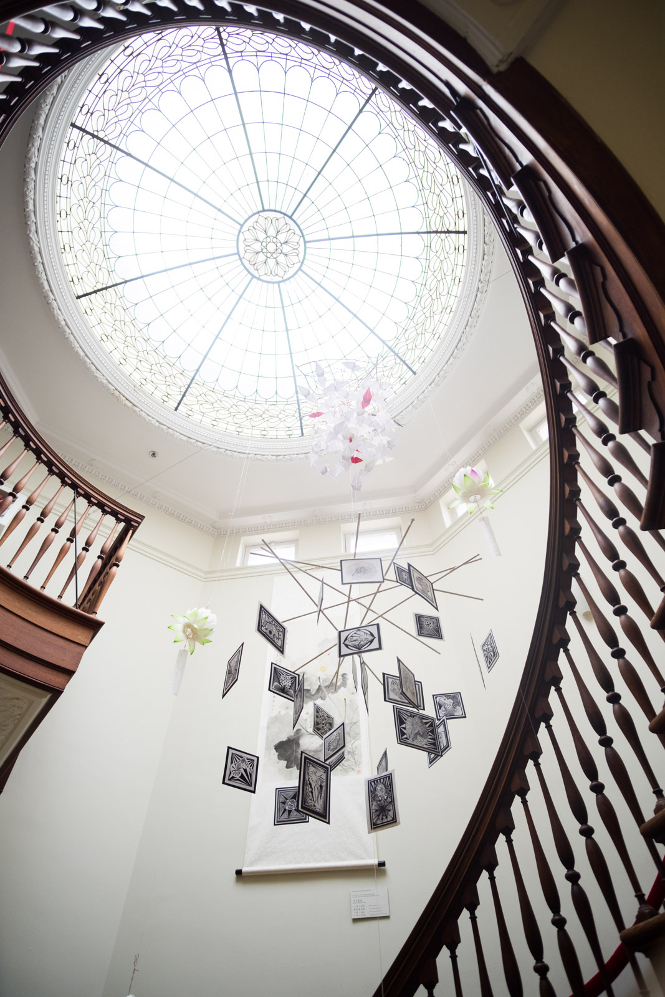 Our programs prepare women and men, lay and religious, Canadian and international students.

Since 1995, Regis College has welcomed students from all over the world to enroll in its programs.

Get all the information you need before applying to any program offered at Regis College.

Ready to apply? Get information about application packages for the different programs offered at Regis.

There are many opportunities available for financial assistance that are available through Regis College.

Explore the richness of learning, spirituality and action for justice shared by students and faculty at Regis.