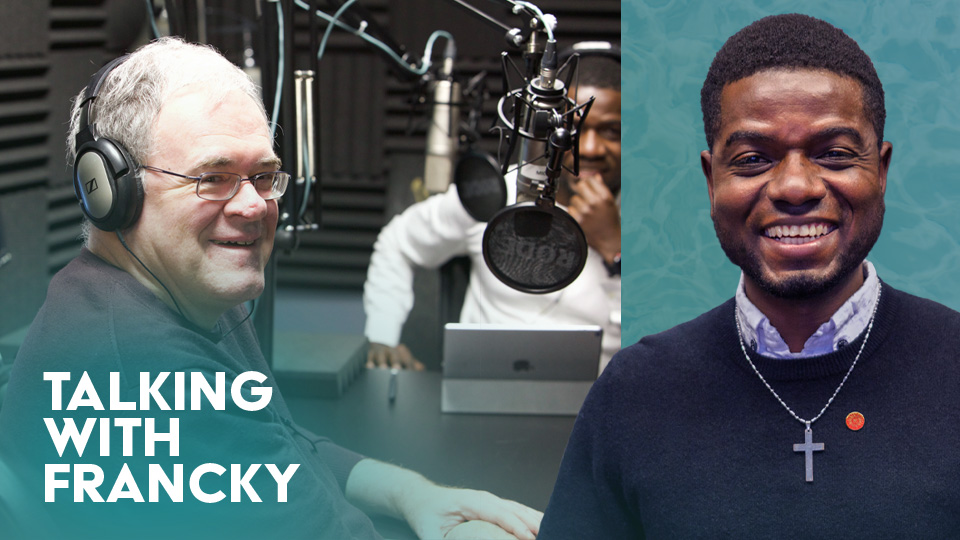 Spirituality Through an Ignatian Lens

Jean Francky Guerrier is a Haitian Jesuit currently studying at Regis College. In addition to his theological studies, Francky is interning with Salt and Light Media and recently started his very own podcast. He’s in good company – one of the apostolates operated by his fellow Jesuits in Haiti is a radio station, Radio-Manrèse.

In the podcast’s second episode, Francky spoke with our very own Professor Gordon A. Rixon, SJ, Associate Professor of Systematic Theology, about the Spiritual Exercises of St. Ignatius Loyola. They also discussed links between the Exercises and Laudato Si’, the 2015 papal encyclical on integral ecology.

Jesuits have been present in Haiti since 1953, and the Canadian province of the Society of Jesus enjoys a special relationship with the country.

To mark the 10th anniversary of the earthquake that devastated the country, Haitian Regional Superior Jean-Denis Saint-Félix, SJ, recently gave an interview to the Jesuits of Canada Online. Click here to read what he had to say.