Posted at 12:28h in News by Regis College

“Together—in respectful relationship with people of other religions and those with no faith commitment—is the only way we will effectively tackle the tremendous social problems we have in our world.” 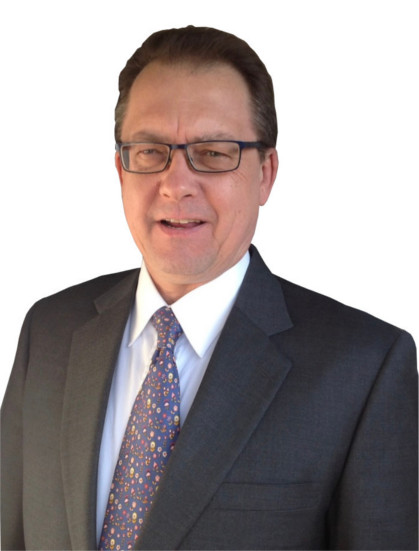 Michael Stoeber, Professor of Spirituality and Philosophy of Religion at Regis College, has been named the Scarboro Missions Chair in Interreligious Dialogue for a three-year term.

Professor Stoeber says that it is a real honour to have been named chair, “I have had the pleasure of teaching students from Scarboro Missions and have also lectured there. I use some of their publications on interreligious dialogue in my courses. They have done such fine work for 100 years now—in fact 2018 is the centenary of their founding by John Fraser.  I think it is wonderful that Regis College will now be connected to that legacy through this rotating professorship and the new Msgr. John Mary Fraser Centre for Practical Theology”.

He echoes many who feel that interreligious dialogue is crucial today in our modern pluralist world, and essential in a diverse city like Toronto. “Together—in respectful relationship with people of other religions and those with no faith commitment—is the only way we will effectively tackle the tremendous social problems we have in our world.  We can learn a lot in dialogue with people of other faiths and accomplish great things in cooperation with them.  In my experience, dialogue through comparative study and contact with other traditions is very significant in enriching our own faith.”

He also adds that many Regis graduates will be ministering to people of non-Christian faiths—many non-Christian children attend Catholic schools and the Church has declared dialogue as one of the key components of its Mission.  He currently teaches a number of courses that involve aspects of interreligious dialogue, including Religious Experience in the World’s Religions; Comparative Mystical Traditions; Spirituality and Suffering; Mystical Landscape Art; and Prayer and Meditation through Pencil Pastel and Ink Sketching. 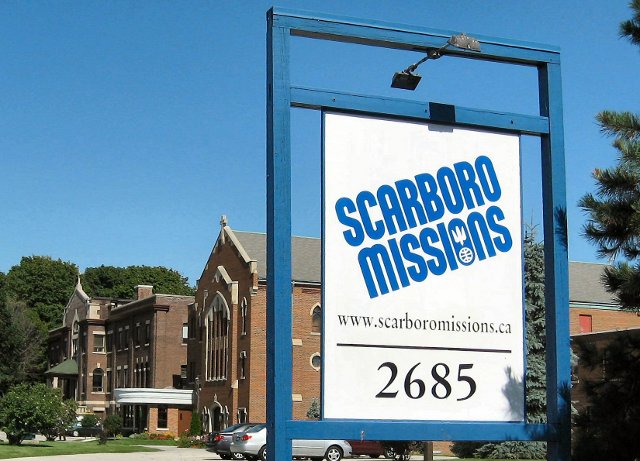 Professor Stoeber sees his role as Scarboro Missions Chair in Interreligious Dialogue to encourage and inspire Regis students to appreciate and study non-Christian religions and comparative spirituality and theology, and to be open to dialogue in their everyday life. “I am called to continue to deepen my research and publishing in areas relating to interreligious dialogue,” he adds. As Chair, he will also give an annual lecture which is currently being planned for the 2018/2019 academic year.

Professor Stoeber has contributed to interreligious dialogue especially through his lectures and publications in the areas of comparative spirituality, practical theology, and religious pluralism, as well as through inter-religious art exhibits he has co-organized. (A selected list of Michael’s published works, lectures and art exhibits is at the end of this article.)

“The focus of theological teaching at Regis College has always been to put faith into action and to encourage dialogue between Christianity and other world religions,” says Dean Scott Lewis SJ. “Professor Stoeber was chosen among other worthy candidates because of his publications in interreligious themes and his work on the international level.”

Professor Stoeber feels that interreligious dialogue is moving in the right direction at Regis College and the Toronto School of Theology.  Recently, a meeting took place between the Toronto School of Theology faculty who work in the areas of Comparative Theology and Interreligious Dialogue to discuss how to consolidate resources at TST to offer a major stream in Religious Pluralism and Inter-religious Dialogue.  This group is also planning to submit a proposal for a panel on contemporary issues in comparative theology and interreligious dialogue for the 7th Parliament of the World’s Religions, to be convened in November 2018 in Toronto.

Michael Stoeber is Professor of Spirituality and Philosophy of Religion at Regis College, with special interests in comparative mysticism and theodicy.  His current research explores comparative issues in meditation, prayer, and yoga as well as topics on the intersection of spirituality and art.

“The Comparative Study of Mysticism”, The Oxford Research Encyclopedia of Religion (Oxford, 2017).  This article was translated and published in the Russian periodical, Philosophy of Religion: Analytic Researches (2017).

“Exploring Processes and Dynamics of Mystical Contemplative Meditation: Some Christian-Buddhist Parallels”, European Journal for Philosophy of Religion, Vol. 7, No. 2 (Summer 2015) pp. 35-57.  Also translated and published in the Russian periodical Philosophy of Religion: An Almanac 2014-2015.

“Theosophical Influences on the Painting and Writing of Lawren Harris: Re-Imagining Theosophy through Canadian Art”, Toronto Journal of Theology, Vol. 28, No. 1 (2012) pp. 81-103.

“Issues in Christian Encounters with Yoga”, for the panel Yoga and God, Hindu Christian Studies Group, at the annual meeting of the American Academy of Religion, San Antonio, Texas, November 19th, 2016.

“Reflections on Processes and Issues of Contemplative Meditation”, Conference on Mysticism and Mystical Experience, Institute of Philosophy, Russian Academy of Sciences, Moscow, May 22-24, 2014.

“Some Comparative Reflections on Christian Recollection and Buddhist Mindfulness Meditation” at Campion Hall, Oxford University, May 1, 2012.

“Mysticism, the Spiritual Life, and Inter-Faith Dialogue,” at the Spirituality at the University Symposium, Saint Paul University, Ottawa, August 2001.

“Theo-Monistic Mysticism and Religious Pluralism,” at the 1993 Parliament of the World’s Religions, Chicago, September.

“Ramakrishna, Vivekananda and Inter-Religious Dialogue,” Celebration of the World’s Religions, for the United States Indian Embassy, at the Gandhi Centre, Bethesda Maryland, September 1993.

“Homelessness, Migrants and Refuge”: Seven Toronto visual artists from varied religious and cultural backgrounds visualize the realities of homelessness, migrants and refuge, at the Eastertide Art Exhibit at Regis College / University of Toronto, April 1- May 25, 2016.  Co-organizer, co-curator, and contributor.    http://www.akimbo.ca/akimbos/?id=93224

“Complex Identities in a Shifting World: One God, Many Stories”: Eight Toronto visual artists from varied religious and cultural backgrounds offered creative meditations on issues of multicultural and multi-faith interrelatedness and their effect on complex and shifting personal identities.  The exhibit was part of the 2013 Conference of the International Academy of Practical Theology. Victoria University in the University of Toronto.  Exhibit hosted by Regis College, University of Toronto, April 2-15, 2013.  Primary co-organizer and contributor. http://akimbo.ca/56293?startDate=&venue=&city=&type=exhibitions&showDays=4