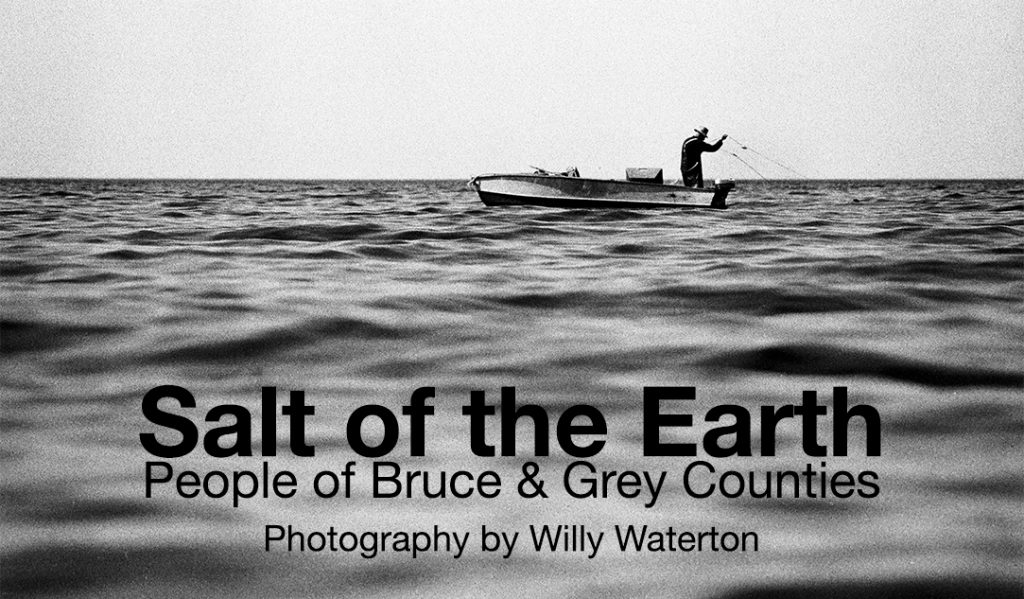 Salt of the Earth: People of Bruce & Grey Counties is a compelling touring photography project from the Tom Thompson Art Gallery of Owen Sound, Ontario.  The exhibit highlights over 40 years of environmental portraiture work by Willy Waterton.

For Waterton, the term “salt of the earth” describes “a decent, dependable, unpretentious person.” This phrase describes the people in the area, whom Waterton had the honour and privilege of photographing over his career as a photojournalist.

This selection of 20 photographs challenges the historical notions of portrait photography by examining through a contemporary lens the ordinary – yet extraordinary – diligent and humble people of the community. Each of these photographs documents a way of life that has vanished or is currently disappearing from life in Northern Ontario.

A self taught photographer, Willy Waterton spent 35 years as a full time photojournalist at an Ontario daily newspaper. During his tenure as chief photographer, he oversaw the transition from black and white to colour, then finally to digital. His newspaper photographs have won over 100 provincial and national awards. In 1990, Willy was named Ontario News Photographers’ Association Photographer of the Year.

His photography has appeared in national and international magazines, newspapers, and books including the Globe and Mail, New York Times, and National Geographic. His work is in both public and private collections.

Willy’s lifelong love for the Niagara Escarpment and Bruce & Grey Counties has led to his photographic commitment to protect and interpret this special part of Canada for viewers to enjoy.

This exhibit will be on display at Regis College until Monday, May 4.