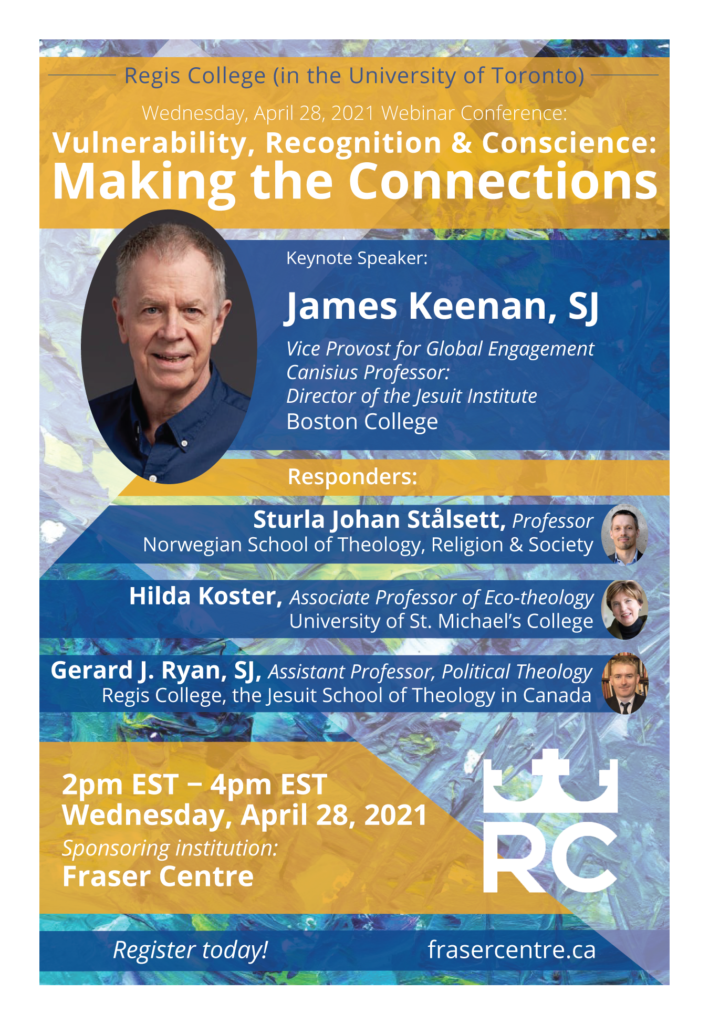 Professor James F. Keenan explores what it means to form conscience in our polarised political and ecclesial climates. The discussion launches from an inherited historical understanding of conscience as something one merely has and does, a position that—based on recent ethical insights—fails to account for what precedes the having and doing, thus contributing to what Professor Keenan has coined the “politics of overlooking.”

Keenan’s insight is not the outcome of an abstract argument. The context for his insight that something precedes conscience occurs with what he terms the “politics of overlooking.” In such a political climate today, Keenan observes some students of ethics and citizens of conscience selectively choose who merits recognition and, by lack of recognition afforded, who is subsequently alienated and marginalized. For him, this selectivity of neighbour requires an alternative and updated formation of conscience.

Keenan suggests that we must move beyond an understanding of conscience as faculty and act only to consider that which supports and forms the future act of conscience. To achieve this, Keenan suggests three important moves: acknowledgment of the legitimacy of our vulnerable selves; development of the habit of recognizing the one who is overlooked in our political, ecclesial and social communities; and the development of the necessary work of conscience further as it emerges from the disposition of vulnerability and the subsequent practice of recognition.

In elucidating his proposal for conscience formation, Keenan draws upon the universal biblical stories of vulnerability and recognition, recent contributions by Judith Butler and Jessica Benjamin, as well as a collection of ethical interlocutors. Keenan’s innovative presentation of conscience formation is an interpersonal and institutional opportunity to transcend an understanding and application of conscience as only just a human act. Instead, what Keenan achieves is a presentation of conscience formation that acknowledges and prioritizes our personal and collective vulnerable selves as dispositional and generative in nurturing an encounter of mutual recognition that culminates in a transformed experience of inter-relationality.