Vocation of a Christian Artist 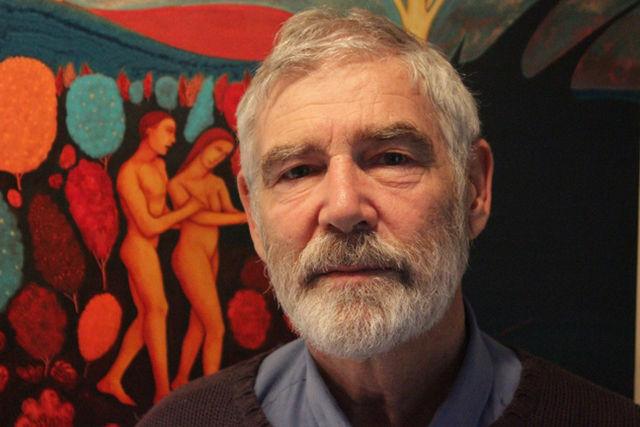 Born in Ottawa in 1948, Michael O’Brien is the author of twenty-eight books, notably the novel Father Elijah and eleven other novels, which have been published in fourteen languages and widely reviewed in both secular and religious media in North America and Europe.

His essays on faith and culture have appeared in international journals such as Communio, Catholic World Report, Catholic Dossier, Inside the Vatican, The Chesterton Review, Our Sunday Visitor and others. For seven years he was the editor of the Catholic family magazine, Nazareth Journal.

He has given hundreds of public talks and lectures at universities and churches throughout Europe and North America, and has frequently appeared as a guest on television programs in several countries.

Since 1970 he has worked as a professional artist and has had more than 40 exhibits across North America. Since 1976 he has painted religious imagery exclusively, a field that ranges from liturgical commissions to visual reflections on the meaning of the human person. His paintings hang in churches, monasteries, universities, community collections and private collections throughout the world.

Michael O’Brien lives near Combermere, Ontario. He and his wife Sheila have six children and ten grandchildren.

These talks are dedicated in memoriam to John Bentley Mays (1941-2016).
John was instrumental in initiating this project, and it is fitting the events be dedicated to his memory.
Register
+ Google Calendar+ iCal Export